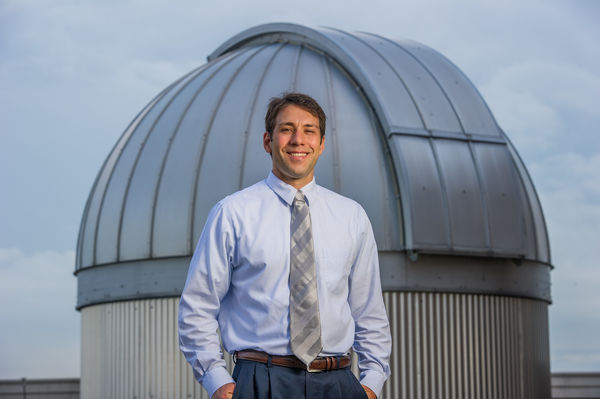 A study led by Notre Dame astrophysicist Justin Crepp has for the first time definitively determined how many of the lowest-mass stars in the galaxy host gas giant planets. The researchers’ paper, “The Occurrence Rate of Giant Planets around M-dwarfs,” was posted to arXiv this week and submitted for publication in the Astrophysical Journal.

The group used ground-based imaging observations in combination with the Doppler radial velocity method to determine that 6.5 percent of low-mass stars, the so-called “M-dwarfs,” have planets located within 20 astronomical units, including the outer regions where researchers previously could not access.